SOPA and PIPA: What the bills could mean for internet users and sites

Congress is currently debating passage of a law designed to assist intellectual property owners in preventing and remedying copyright infringement and sales of counterfeit goods by foreign online entities. Opponents are concerned that the House bill, entitled SOPA (the Stop Online Piracy Act), and its Senate counterpart PIPA (the Protect IP Act (PIPA)), are unworkable, would ensnare innocent web services, and would encroach on the right of free speech. 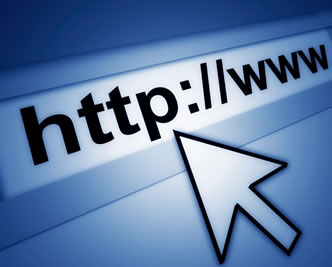 Critics have even gone so far as to boycott the domain name and internet service GoDaddy, forcing the internet provider to withdraw its support for the bill. There are rumors that Wikipedia, Google, Facebook, Twitter, PayPal, and Yahoo! may go offline temporarily in protest.  And the Entertainment Software Association, which is a trade organization for electronic game makers, has experienced a rebellion from its members after endorsing the bill. Are the critics’ concerns real or imagined? What are the chances of one of these bills becoming law, and if one does, what will it mean to the average internet user?

SOPA is an attempt by copyright holders to, among other things, obtain leverage over copyright infringers operating servers that are beyond the reach of current U.S. Copyright law. The bill’s sponsors recognize that, if the offshore servers are beyond U.S. courts’ jurisdiction, the search engines, domain name server providers, and payment organizations (e.g. Paypal and the credit card companies) likely are not. SOPA therefore attempts to use these intermediaries to either: 1) force the offshore server to respond to the allegations of copyright infringement, or 2) cut off the offshore server from its users and/or its money.

So why are the critics in such an uproar? Opponents see SOPA as a source of potential liability for the intermediaries (the search engines, domain name server providers, and payment organizations), and as an infringement of free speech. Other opponents see the attempt to identify and stop offshore servers that infringe copyright as futile, even going so far as to identify hacks that would enable domain name servers to operate anonymously. Mozilla expresses concern that SOPA could justify the overbroad censoring of websites due to isolated instances of infringing material. Likewise, the Electronic Frontier Foundation has expressed concerns that user-uploaded material, for instance on YouTube, could justify the blacklisting of the entire site. Critics also complain that SOPA weakens the safe harbor provisions of the Digital Millenium Copyright Act, which provides protection to internet providers that follow its notice and take-down provisions, by providing an alternate path for copyright holders to take-down a website hosting allegedly infringing material. Finally, other critics express concern that the proposed bill may undermine the anonymity the Internet provides activists and dissidents in countries having repressive governments. In contrast, proponents assert that SOPA provides sufficient protections for the intermediaries, and protects free speech.

Proponents consider that the effect of one of these bills on the average Internet user will be insignificant. Opponents express concerns that large swaths of the Internet, for instance large domains having many webpages, will be subject to blocking due to isolated infringing content, even if the infringing content is uploaded without the knowledge or consent of the domain operator. However, it seems likely that bigger companies operating large websites will likely be able to take advantage of the counter-notice provisions of the Bill to prevent blocking. A genuine concern is that small companies, and start-ups in particular, having fewer resources, may be subject to blocking.

Further, amendments to the bill are still possible as it comes up for further debate in the judiciary committee in January of 2012. However, broad support for the bills currently wending their way through the House and Senate appears to exist, and many knowledgeable observers think it likely that a bill in some form will pass. Should the bill pass, small companies should design a response plan, and have their attorney’s phone number at hand, should they receive a notice of infringement.

This article reflects the author's personal views, which may differ from the views of other Carr & Ferrell LLP employees. Our blog articles are neither opinions of the Firm nor legal advice on which you should rely. Please review our disclaimer.

The new patent is further proof of the technological prowess of Conio in blockchain digital asset management.